Balenciaga, from what I have observed, have always had 'weird' ad campaigns. I remember one of their ad campaigns in which the models used were placed sideways, which was like nothing I have ever seen before. Now for their spring 2011 ad campaign, they have used Gisele and another model called Puri Pleskun, and personally this is another 'weird' campaign, but I like the 'weirdness'. I use the term 'weird' in a non-negative way btw. Anyway I'm looking forward to seeing the rest; as this has captured my interest already, and my favourite photographer shot it; Steven Meisel. Enjoy! 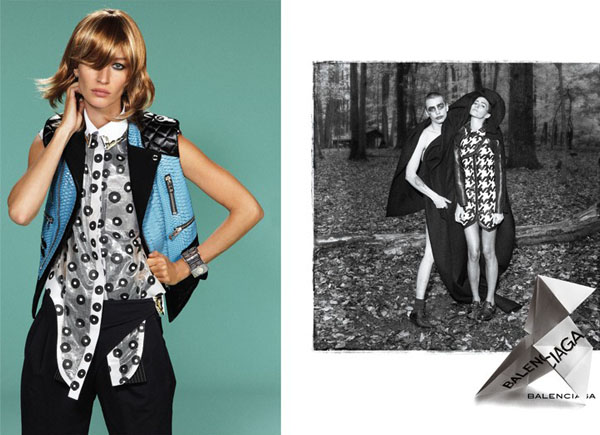 Source: Made In Brazil
Photographer: Steven Meisel
Posted by Rotex at 14:59

Rotex
United Kingdom
Hi guys! This is my blog which contains a lot of fashion editorials, campaigns, etc, that feature beautiful female models of my interest, and sometimes menswear lookbooks, collections, streetystyle, etc, and other fashion related materials. Hope you like it God bless.

Popular Posts Of The Week

Popular Posts Of All Time